This story was first published on the Hobsons Bay Council website.

Less than 30 minutes’ drive from metropolis of Melbourne, there’s a row of gum trees in a public park just outside Kane’s back door that makes him feel like he’s in the Australian bush.

“When I go out my back door, it feels like I’m not in the suburbs. I grew up in the country and even though I moved to Melbourne over ten years ago, I’ve never lost my love for the Australian bush,” he said.

Something that he didn’t love so much was his front yard. Full of overgrown cypress trees and white stone mulch, it was clean and low maintenance but also uninspiring.

“I had never really touched the front yard of our house, I just kind of left it how it was when we bought the house about 10 years ago,” he said.

“I wanted to use this opportunity to turn a small patch of my front yard into a little haven for native birds and insects making their way across the landscape, just like I see them doing outside my back door,” Kane said. 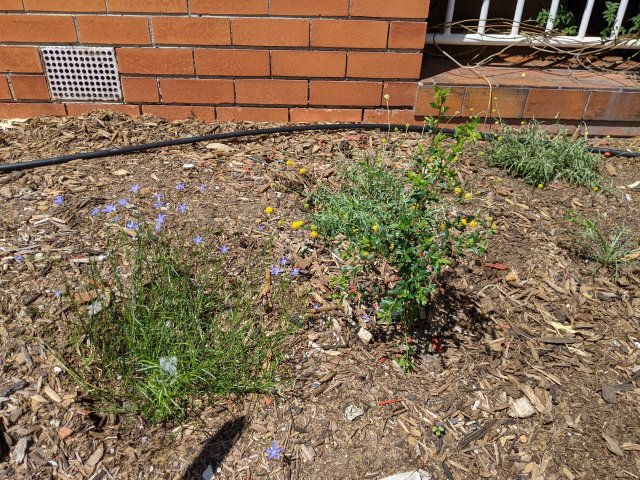 The Habitat Gardens program is part of a wider Council strategy to value and protect the area’s unique biodiversity for current and future generations. Victoria’s volcanic plains grasslands – which used to cover all western Victoria – is now considered critically endangered, with only 1 per cent of this habitat remaining.

Through a series of free workshops, Kane heard inspiring stories from established habitat gardeners and, with the support of a landscape designer, learnt how to design his own habitat garden.

“One of the things that I learnt was how important it is to make sure your garden beds are wide enough to layer different heights of plants. After learning that, I ended up changing my design quite a bit from what I had originally intended,” he said. 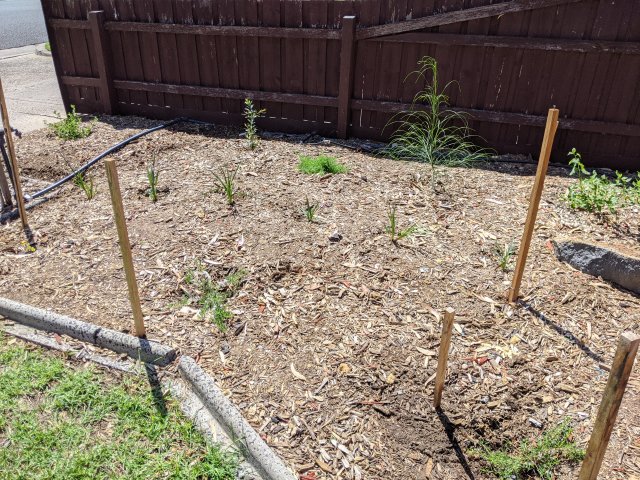 Another important learning was the difference between a native garden and an indigenous garden.

“Native gardens include plants that are from anywhere in Australia. Indigenous gardens are made up of plants that come from your local area, which means they are much more suited to our local climates and wildlife,” Kane said.

One of the first steps in transforming Kane’s front yard to a habitat garden was removing the white stone mulch. It was painstaking work so, drawing on his background as an engineer, he built his own sieve to make the job easier.

“It gave me a project to keep me busy during COVID-19 lockdown…to be honest, it was a good mentally and physically productive activity that helped me keep my sanity during this crazy time,” Kane said.

Once he had settled on a garden design, the program provided him with 30 free indigenous plants to help kickstart his habitat garden.

“What I’m trying to do is grow a couple of larger shrubs – Gold Dust Wattle and Australian Indigo – directly in front of my bedroom window where I often read books in the winter sun. I always liked the idea of being able to see those bushes, just peeking over the bottom of the window.

He also planted little pockets of blue flowers and lilies to attract native bees and chose an indigenous ground cover – creeping boobialla – to replace the lawn.

“Indigenous plants were traditionally located in this area, so they’re genetically suited to the local environment.” Hannah said.

Since planting his habitat garden, Kane’s noticed how much more care he feels for his front yard.

“I’ve got shade cloth up to protect the plants, because they are still so small. I’m checking to make sure the mulch isn’t falling down on them… I’m out there every day because I enjoy seeing how the plants are growing and changing. Hopefully there will be some wildlife for me to spot soon too,” Kane said.

He’s also been finding it quite gratifying to recognise indigenous plants while walking around the neighbourhood.

“I’ve been looking quite closely at everyone else’s gardens and enjoying being able to recognise the plants and see what mine will look like when they have matured a bit,” he said.

And Kane’s neighbours have kept a keen eye on his garden’s progress, which has been a great way to keep socially connected during COVID-19.

“Pretty much everyone who walks passed will stop and have a chat, which has been really nice. It’s been especially nice to see people who live a few houses down the street who I have never spoken with before say: “Oh, yeah, looks like it’s coming along really well’,” Kane said.

“I also want to turn my nature strip into a habitat garden as well…I saw other program participants doing that and they inspired me,” he said. 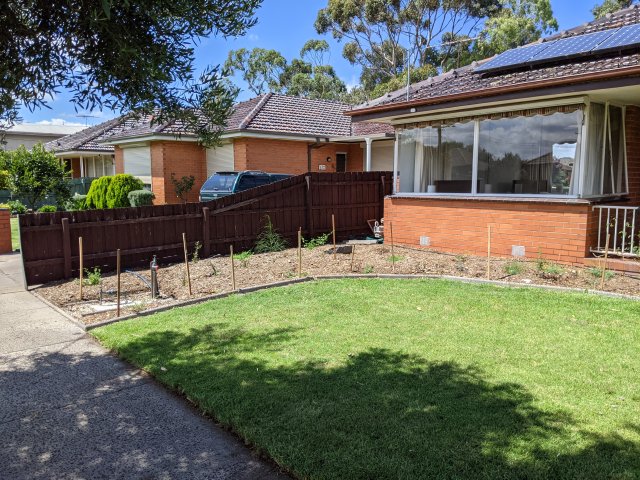