This story was first published on the Hobsons Bay Council website.

Most summer days Lori can be found with a garden hose in her hand, watering a lovingly tended vegetable patch in her small north facing front yard. From the billowing feathery ferns of asparagus flowers to a fragrant rosemary bush covered in European bees, her garden was lush and productive. 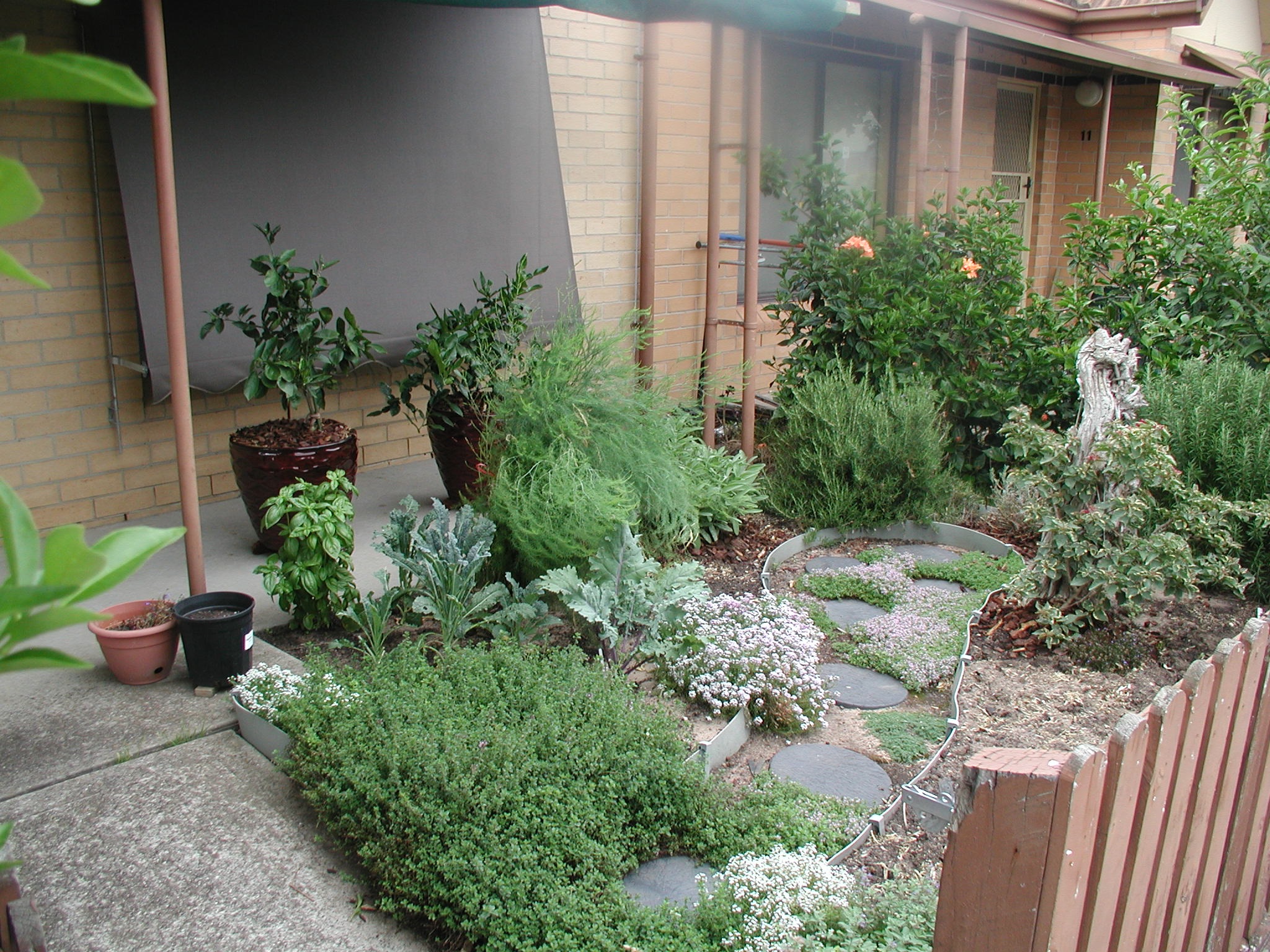 “Over the years, I’ve developed the garden in various ways, mainly around vegetables and flowers. My neighbours have always been interested in what I do, and I have given them some of my veggies if they’re passing by,” she said.

But as the summers grew hotter, Lori’s vegetable garden started to suffer.

“It’s been really hard,” she said. “There’s not been much rain, the heat of the soil was damaging the root system, and the insect infestation was just unbelievable. It was working against me on every level.”

She decided to experiment with planting natives, starting in a small corner of her yard. She was amazed when she saw they could ‘look after themselves’.

When Lori heard about the Hobsons Bay’s Habitat Gardens program through her local Friends group she signed up with excitement to expand her knowledge about local plants and how to attract more native bees, birds and butterflies to her garden.

“I am concerned about the native bees and their diminishing numbers, so if I can help keep them going, I feel I’ll be doing my bit,” she said.

The Habitat Gardens program was developed in collaboration by Hobsons Bay City Council Biodiversity Officer Hannah Camilleri and My Smart Garden officer Kat Lavers. It is run through My Smart Garden – an initiative to transform yards, balconies or pots into beautiful, functional gardens that provide food and shelter for humans and wildlife, uses water wisely and recycle waste.

“A Smart Garden is one that provides habitat. We know that there are lots of animals and plants that are close to extinction in and around where people live. This is their home and we need private land as well as publicly-owned land to be creating spaces for them to thrive,” said Kat Lavers.

“We know, particularly with habitat gardens, some people find it difficult to know where to start. A lot of the names of plants feel inaccessible, because we often refer to the scientific names. And there’s just not as much knowledge out in the community about some of our native plants. Through this program, we’re giving people an easy, friendly, accessible way to start a habitat garden,” she said.

Through a series of free workshops, Lori heard inspiring stories from established habitat gardeners and, with the support of a landscape designer, learnt how to choose which local plants to put in her garden to attract native birds, bees and butterflies.

“It’s been a great learning curve for me. Having the list of plants, none of which I recognised, forced me to go online to find some information on them,” she said.

“I learnt that the native blue banded bees love blue and purple flowers so I’ve chosen plants with that in mind – from very tiny blue flowers on the native Flax to the striking Blue Devils. I’ve always wanted a blue garden and now I’ve got a very good reason to have one,” she said. 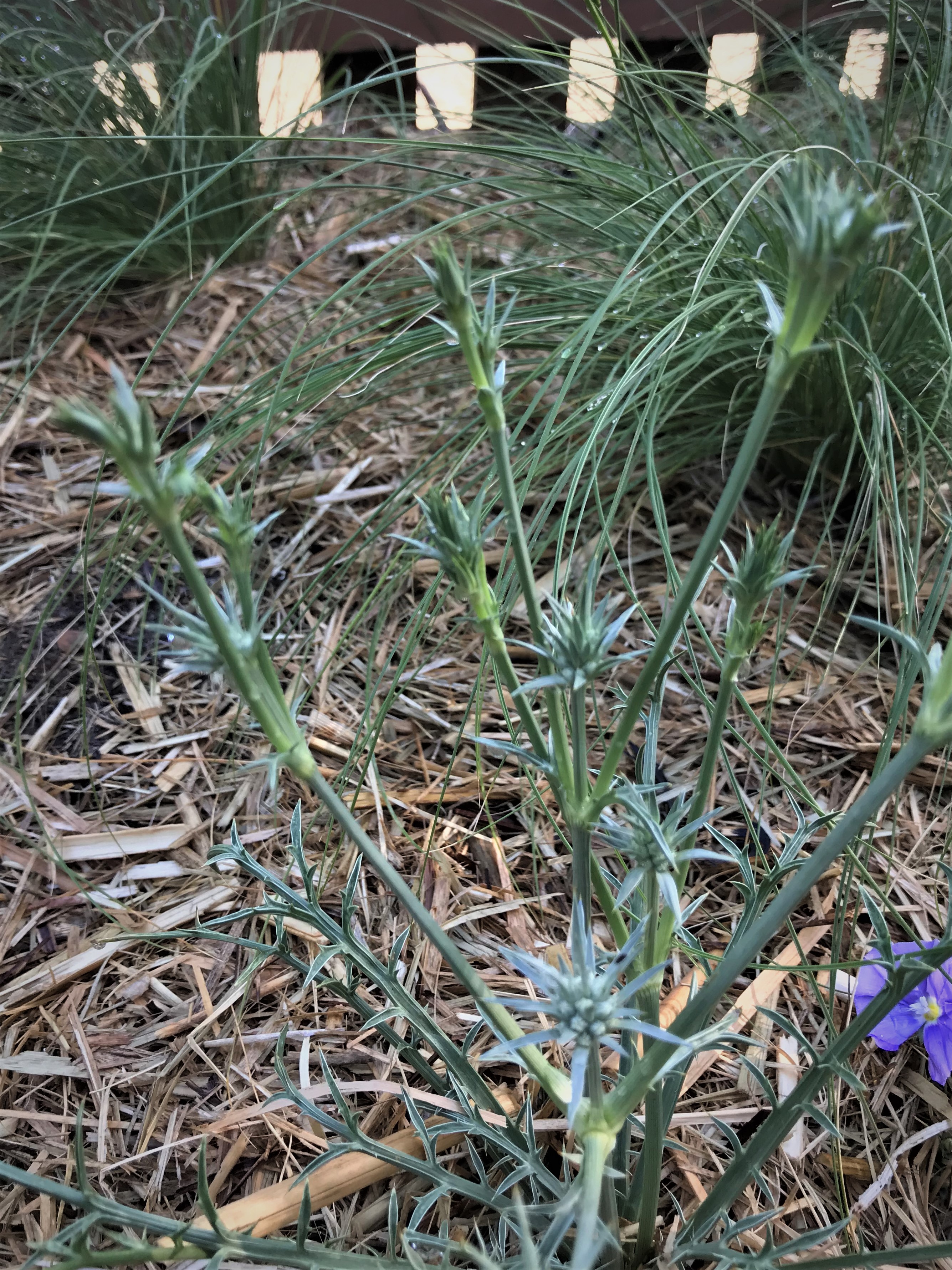 She also decided to keep her rosemary plant as she noticed its flowers attracting bees, and is planning to install a native bee hotel that she bought from Newport Lakes Native Nursery.

According to Lavers, people often think of habitat gardens and food gardens as antagonistic to each other but they can co-exist quite happily.

“For example, the acacia family provides a great shelter, mulch and windbreak for young fruit trees. And many of the indigenous daisies are brilliant for bringing in predatory insects that feed on aphids and caterpillars in home veggie gardens,” she said.

“We also know small insect-feeding birds are a real asset around food gardens, so providing shelter and habitat for them, as well as skinks and lizards means you will have excellent allies in keeping pests under control in home food gardens.”

Lori’s friends have been inspired by the change in her garden. 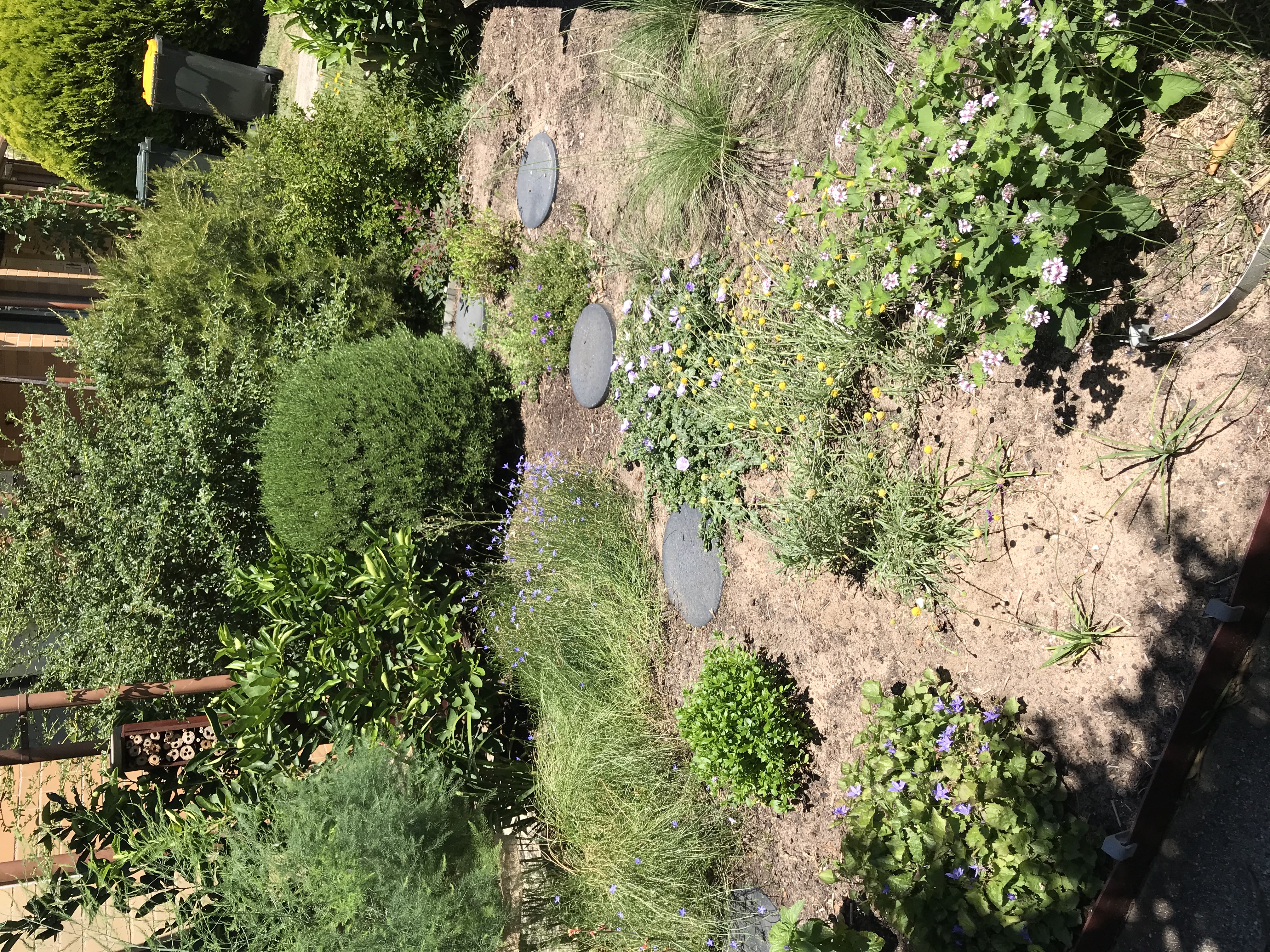 “A friend of mine said she wants to dig up her front lawn and put natives in. I now feel that I have the knowledge to help her do that.”

And, as well as gifting veggies, she’s also sharing her newfound indigenous plant knowledge with her neighbours.

“Now when people stop at my gate while I’m out watering the garden, I’m able to expand a little on the importance of having indigenous plants,” she said.

“It makes me feel very proud, I have to say, to be able to contribute in some way of getting some stability back into the landscape, in my little patch.”